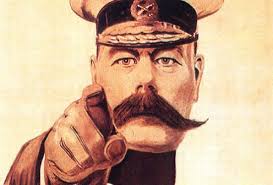 It’s time for me to stand up and be counted regarding my footballing knowledge. During the summer I’ve been able to steer clear of the serious stuff and blog about things only vaguely connected to my support of the Arsenal. Now however, with the season starting, I’m forced to put myself on the line. Now I will have to examine the Gunners games, do the occasional post-mortem of a match, write a match review now and again and use my limited knowledge of everything football. Over the summer I’ve been able to spend a whole week thinking about my Sunday post, a week to alter and edit, a week to get it right. Now however, I may only have an evening and part of a morning to put something together and work out how I can sneak in a mention about chorizo. Now push has come to shove and I’ve finally got to show my credentials as an Arsenal blogger and football expert. Can you see my chorizo shrinking and wilting? The finger is finally pointing at me and I have to deliver.

It’s that time of year where our hopes and dreams can be unrestrained and we can fantasize about winning every trophy on offer. The season has only just started and everything in front of us can be won, until the reality of the Premier League kicks in… it’s fucking tough at the top! As this new geezer found out yesterday at Old Trafford.

Firstly, lets examine the current team issues. Generally the team is in good shape, the transfer window has been kind to us and Wenger has been shrewed with his purchases. Alexi, a seriously good winger or striker, depending on your view. Debuchy in for Sagna, the man who kept Sagna out of the French team. Ospina, a capable keeper to keep Chezzers on his toes and this boy Chambers. Everyone was going on about Shaw at Southampton but Wenger managed to fly under the radar and got us this little gem. Flexible, assured, confident and possessing a very good footballing brain. A player who has easily slipped into our way of playing and who will get more and more games as the season progresses. The bonus being that he can play in three different positions, right-back, centre-back and also defensive midfield, which apparently is where Arsène sees him eventually playing. But he has started off playing at CB and has accounted for himself well, very well indeed. Gossip during the week continued about whether Wenger is going to buy again and the focus was on a new CB to replace TV5. Still time in the transfer window to do this if indeed it is a target.

At about the 25th minute mark, after a fairly lacklustre period of football, three lovely women came into the bar and my attention was drawn to a superb pair of breasts that wouldn’t stop looking at me. The passion and desire for the Arsenal all of a sudden took second place to my passion and desire. I got talking with the breasts and found out they were from Lyon and on holiday doing a tour of Provence. Her name was Isabelle and she accepted a drink from me and we began talking about the region. We stood on the terrace in the sunshine chatting where I could just about keep one eye on the TV screen and one eye on the breasts. I missed the Crystal Palace goal but it just increased my interest in the breasts so all attention was then focused on those magnificent objects and not the football. Half-time was approaching so we sat at a table and continued our social intercourse until Ali was shouting at me and it turns out we had scored. I saw the replay, with all the attacking talent we had on the pitch it takes one of our Frenchy defenders to score the equalizer.

Half-time passed far two quickly for me, the chat with Isabelle and her magnificent breasts was going very well and it looked as if I may end up doing a Koschielny. By now a few Frenchmen had moved in on Isabelle’s two friends and the Arsenal didn’t look as they were going to get a result so I concentrated on getting a result with the mammaries from Lyon. Just as the game is coming up to the final whistle there is Ali once again, shouting for me to come into the bar. We’ve scored a second goal, I watch the replay and with all the attacking talent we have on the pitch it takes another Frenchy defender to have an attempt on goal blocked but in the process setting up Ramsey to tap in from two yards. Game over, 2-1 and a win on the first day of the season, the first opening day win for some time.

I was happy, a win and a magnificent pair of titties waiting on the terrace to carry on talking with me. Our match continued well into the evening, I took Isabelle, her superb two friends and her other two friends to another bar where we could have something to eat and the evening ended up at the bar in their hotel and finally, after all my hopes, dreams and desire during the match, I got a result. She kicked me out at 3am, not wanting me to stay all night. And then panic set in, I hadn’t written my Sunday supplement. I was still drunk but knew that I couldn’t let my small band of SoreArses down. So I started writing this post at 4am this morning, knackered but happy. I won and the Arsenal as well, but only just, but showing some grit to come from behind…….. my hopes and dreams get off to a slow but good start. Well that’s my first match analysis done, and did you notice, I didn’t mention my chorizo once!

Right, time for a glass of wine and some spicy chorizo and then I’m going to bed……….. hope you enjoyed your visit. Until the next time.

GunnersoreArse……….. all about the Arsenal every Sunday morning at 9am GMT. Detailed and expert match analysis every weekend.