A trip down the M4 today to Swansea. A 4pm kick-off and the last Premier League game of the weekend. Yesterdays results did us no favours and extended the gap to the top two of Chelsea and Southampton, but City slipped up at Loftus Road so a win for us today will take us to within one point of the blue mancs. I think the less said about our midweek capitulation against Anderlecht the better. Let’s just say that hopefully lessons were learned, the team heard Arsène Wengers speach about team work and not individual glory.

Last season we won this fixture 2-1, with I think Ramsey and Gnabry getting the goals. That win maintained our position at the top of the table. However, this season we are playing catch up and already  twelve points behind Chelsea before today’s game.  Swansea have had a good start to their season so far and they will not be a push over. They also have our old friend Flappy between the sticks, who I’m sure will want to have a good game against his old team mates.

We’re never sure how Wenger is going to line up these days, 4-1-4-1 or is it 4-4-2 , or even 4-3-3? But picking the team from a supporters perspective is getting easier with the injuries increasing at an alarming rate, this weekend it’s the turn of Arteta to be on the treatment table. On the bright side however, we could see Theo making a start today although Wenger has said he will be eased back in gradually, so he may be on the bench. All I can predict is how I would like to see the team line up today, who Wenger chooses could be totally different.

Campbell, poor, poor Joel Campbell, will no doubt be excluded again today and many are wondering where he fits into the current team, if at all. There is speculation he will be either loaned or sold this January. A real shame because as far as I can see he hasn’t been given a fair chance to establish himself. But what do we know, there could be many reasons as to why he’s not been given a chance. Perhaps he doesn’t train well, perhaps he’s lazy or too fat and unfit. What happens behind closed doors we can only guess.

Three points today would be great and I don’t envisage anything less. Sanchez is currently on fine form, scoring five in his last three games. If Walcott plays today then I would expect some pacy counter attacking football. All we can do at the moment is hang on to the coat-tails of Chelsea and Southampton and wait for them to slip in the future. But to catch them, we firstly and foremost need to win our games. 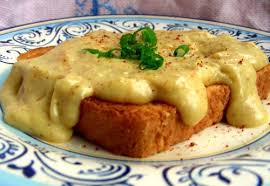 Right, time for a glass of wine and some spicy chorizo…… hope you enjoyed your visit. Until the next time.

GunnersoreArse, Sundays would never be the same without it. Support your Arsenal Sunday supplement by encouraging more readers and bloggers to read the bloody thing. Or I’ll send the boys round.

136 thoughts on “Coal miners, Sheep, Leeks and Rugby.. a trip to the valleys!”