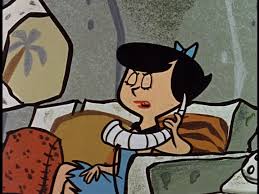 So here we are then, smooth as ever! My second blog post. I can hear Yogi now, “What a mug, he’s gone back for more”.

Posted nice and early this bright and sunny Sunday morning to allow certain ‘factions’ to battle it out for FIRST place. I’ve put Betty in the title because……. well, just because, and it meant I could use an image of her!

I wonder if the telephone lines at the Emirates have been busy this week? That £150m/£100m/£50m (depending on where you get your information) must be burning a hole in Arsènes pocket.  Six  briefcases full of used £50 notes are sitting on his desk, the minders look like Mike Tyson and Lenny McLean and the tea lady has been dusting them several times a day just in case  (not the minders….. the briefcases)

The executive jet is on the tarmac, fuelled and ready to go at a minutes notice. Actually, in Arsènes world, one of bargain basement purchases, it’s a single engine Cessna bought second hand at the Romford aerodrome annual sale.

Transfer rumours have linked us with several players over the past few weeks….. and if you were to believe what some pundits and journos have been saying, then next season the Arsenal will have Griezemam, Costa and Falcao ready to run amok in the Premier League. Fabregas will probably be bought as well, but only to be used in the League cup  and to cover for any injuries. Oh, the madness of the transfer season is upon us! Deep joy. I can imagine Arsenal supporters the world over, getting out of bed at silly o’clock every morning and before having their first cup of coffee or slice of chorizo, they browse the BBC Gossip pages on the internet to see who we’ve bought. I do that, so I can imagine a few others do as well.

Rumours, where do they come from and what purpose do they serve? Well, they generally increase and have more currency during times of uncertainty and doubt (replace “times of uncertainty and doubt” for: “Arsenals transfer window”) and then you get a good picture of what a lot of Gooners experience from late May to early September. We’ve all done it haven’t we…. come on, own up. A little bit of hope, a little bit of, “now he would be a Juicy Lucy signing, can we get him please Mr Wenger”, ..drool drool dribble dribble! Lust and desire emanating from every pore in your body. Wilfried ‘willy’ Boni takes on a whole new meaning! We get a hard on, well, the Goonerettes don’t, they have their own version. Wasn’t there a band called We..       ……….. ahh better not, that would lower the tone of the blog!

So, returning to rumours, phew! Calm yourself Northbank, get a grip! Right, where was I, oh yeah, something horny, oh no, no, it was rumours, yes, rumours……..for football fans, they serve no actual useful purpose at all, not one incy, teeny weeny little bit. Oh ok, perhaps they do, because don’t we just love reading who we might get this summer. Fantasizing  and lusting over how the team might line up on the first day of the PL, how with those players there is no way we’re not gonna win the title, the CL and the FA Cup, slaughter every team we play against, Mourinho eat your f**king heart out….. that’s what rumours do to us, get us wound up and hopeful …….. but for what, just to be let down, feeling disappointed and frustrated come September. When I was younger we used to call some girls p***k teasers. That’s a transfer rumour, it gets you drooling at the mouth and all excited, a quick feel maybe, even a wet finger, but then it leads to nothing more substantial, leaving you unfulfilled, limp and dribbling into your own underwear.

A rumour by definition is information yet to be proven true or false, it often ends with confirming or disproving facts. But you all knew that anyway, didn’t you? A substantial amount of incorrect data and exaggerated media coverage progresses with alacrity these days and thanks to the internet and twitter feeds, it is instantaneous. The creation and spread of rumours and misinformation, especially in the context of a moral panic, is a well known social process. TV and Radio pundits, sports journalists and blogs often construct explanations to fill in missing information and offer speculative rumours. These rumours then take on a life of their own. Just think back to when you used to play chinese whispers, some details get eliminated, other information becomes highlighted and all the while filtered through the participants selective personalities, biases and situations.

We don’t know for sure who is spreading the questionable news and writing the twitter feeds, or what makes the experts on Talksport or the BBC so expert. To deal with rumours requires an assessment of the credentials and biases of those who are disseminating the information.  The press ultimately need to sell copy, or on the internet, get hits on their sites. They use rumours within the transfer market to lure you in, they don’t care whether the rumour has substance or not, it’s not in their interests to worry about that, they just need to fill the pages. And if they can’t fill the pages, then damn lies and misinformation will surffice. And we are the mugs who hang on to every word and hope that there may be some substance to the rumour. Getting sucked into the whole merry-go-round.

I know I’m an idiot to go through all the rumours about potential Arsenal signings, I know how the press manipulate us with incorrect and exaggerated data, I know I shouldn’t get caught up in the speculation and hope that we may buy some “super dooper mega footballing acrobatic genius who will score 50 goals in a season sort of bloke”. But like so many, I’m weak, I’m lustful, I’m hopeful and I want my team to have the best possible players available. Therefore, I will sadly continue peeking into the gossip columns despite my better judgement.

I do enjoy the excitement  of doing it though, but as a consequence, I’ll have to accept the let down and disappointment, just like I had to with the girls when I was 16 years old……. dribble dribble! Now where’s my clean underwear!

Right, time for a glass of wine and some chorizo………….. hope you enjoyed your visit. Until the next time.

Note from the management team:  Sunday mornings 9am GMT.  This will be the regular spot for GunnersoreArse. Make a note in your diary…. you know it makes sense.