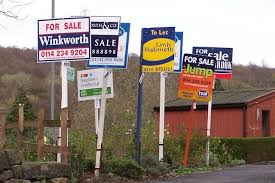 There’s lots of speculation at the moment surrounding who may leave the Arsenal in the very near future. So here is a little poll to see what people think. Comments about reasons would be useful so feel free to add something in the comments section. I’ve only included who I feel are first team players, leaving out those on the periphery who may go out on loan. I’ve also left out TV5 because he would have been an obvious choice. I’ve also left out our recent signings Sanchez and Debuchy for obvious reasons. Current rumours are focussing on Jenks going if another RB like Chambers is signed. Which would be a shame because I really like the lad and he is a Gooner through and through. Cazorla has been linked with a move back to Spain and Podolski always seems to be a likely candidate because everyone seems to think that Wenger doesn’t like him? But is there a possible shock departure on the cards. Do vote and let me know your thoughts.

A full stadium of 25,000, temperature 28c and Thierry Henry. Strangely, the game wasn’t on Arsenal player and from what I heard on the bloggoshere, most viewers had to watch on pay TV. That is except here in Fance where the game was televised on normal terrestrial TV for free, a bizarre state of affairs. As was Wengers starting XI with Monreal at CB and Rosicky it appeared, as the lone striker. It took me a while to work out the set up, originally thinking that Kieran Gibbs was playing as a left winger.

But we had Thierry Henry on the pitch and he nearly got the game off to a fairy tale start within 5 minutes when he ran clear of our defence and with his normal nonchalance, tried to curve the ball into the far post. Schezzers however, knew what was coming and managed to tip the ball away for a corner. Wright-Phillips nearly did the same thing a few seconds later. After this early flurry of chances, the game settled into a fairly mundane affair  with the Gunners struggling to keep shape and with no real goal threat apart from a good effort from Ramsey and on the 30th minute mark a good counter attack which was let down by a bad cross from Cazorla. Then a few minutes later, from a Henry corner, Wright-Phillips scrambled the ball into the net after some lax defending by the Arsenal. A few minutes before half-time Wilshere probably had the best chances, the first with just the keeper to beat and then with a good volley which he unluckily saw deflected wide.

There were seven changes made at half-time, with Diaby and Akpom coming on. But the Gunners always seemed on the back foot, out of shape and struggling to control the game, often getting themselves into difficulty with poor passing and losing the ball. Thierry was substituted in the 53rd minute and for me, the game lost most of its interest. Diaby looked good and in the 55th minute he had the ball in the net, but he was adjudged to have been marginally off-side. It was a shame because he took it very well. There were another two substitutions at the obligatory 70 minutes, with Olsson and Toral coming on for Rosicky and Cazorla. But the game had lost any form of edge, and often drifted in midfield with short passes and a lack of creativity. There were just three moments of excitement in the last 12 minutes. Akpom got behind the Red Bull defence but with just the keeper to beat his first touch let him down. Then Martinez, our third choice keeper made an excellent save from close range and finally, Akpom tripped over his own feet and won a free- kick on the edge of the box. Replays showed it was not a dive. Ollson however, wasted the free-kick. Two minutes of added time saw nothing else of interest materialise.

Overall it was disappointing and I think it showed Arsénes frustration at being asked to make the trip purely on the basis of marketing and financial considerations. I think there was no benefit for the team in pre-season preparation except for a jolly to New York and the Puma promotions. It was however, great to see Thierry, majestic as ever, controlling most of the play for the Red Bulls and one piece of typical Henry magic in the opening minutes. But the best moment of the match for me came after the final whistle, seeing Henry and Diaby, hugging and having a laugh and a joke together. Priceless.

Right, time for a glass of wine and some spicy chorizo…… hope you enjoyed your visit. Until the next time.

GunnersoreArse, your glossy Sunday supplement. Every Sunday morning at 9am GMT.  The season starts in just two weeks, are my little SoreArses excited? And don’t forget, you can see my Arts supplement here: http://wp.me/p4PyIS-3